‘They know how to win’: Clarke backs Australian women in T20 World Cup

Posted on October 6, 2020 by Neev Enterprise Leave a comment 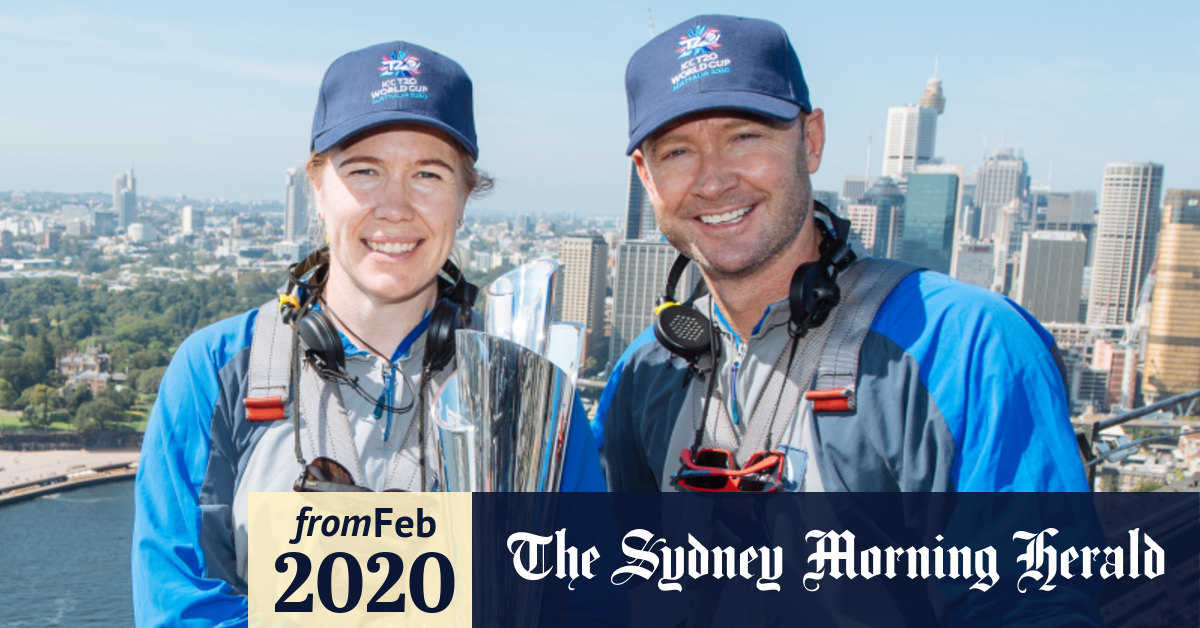 This was published 7 months ago

World Cup-winning captain Michael Clarke expects Australia to lift the upcoming Women’s T20 World Cup and has urged a side he says is as successful as any this country has ever produced to enjoy playing a major tournament in their own backyard.

Five years ago Clarke led Australia’s men to a fifth World Cup victory at the MCG against New Zealand and got the job done on home soil despite losing a pool match to the Kiwis along the way.

Australia’s women begin their World Cup campaign this Friday against India at the SCG and go into the tournament as overwhelming favourites and at shorter odds than their male counterparts in 2015.

Deep down, the players know the World Cup is theirs to lose and Clarke has offered his own advice on how to deal with the pressure of expectation, having done so as skipper in Australia’s last home World Cup.

“Just embrace it,” Clarke told the Herald. “There is, no doubt, a little bit of extra pressure because you’re playing at home and they’re the favourites but I think they’ve earned that right, so they should embrace that. I think they’ll probably win the tournament.

“In 2015, there was high expectations and I don’t think that changed [as the tournament went on]. We lost one game in New Zealand to New Zealand but apart from that I think certainly cricket fans around the world, particularly in this country, expected us to at least make the final.

Home heroes: Michael Clarke holds up the 2015 trophy after Australia beat New Zealand in the World Cup final at the MCG.Credit:AP

“The key is to play good consistent cricket. It’s no different to any other tournament … you have to prepare exactly the same. If you’ve got the right squad, then you’ll find a way to allow the individuals to stand up and perform.

“They’ve been successful over a long period of time, so they know how to win and how to handle pressure.”

Australia sneaked home in an impressive run chase against South Africa on Tuesday in their final warm-up match before taking on India to begin their campaign later in the week.

The first-up fixture could be a banana-skin game for the Australians and Clarke, who is on commentary duties throughout the World Cup, stressed it was imperative to get an early win on the board.

“The first game is just as important as any,” Clarke said. “It’s a short tournament. Generally in a lot of the one-day World Cups you’ve got five or six weeks. You’ve got time to build momentum, so even if you don’t start that well, you can catch up and you’ve got days for training in between to get people back in form. With a really short World Cup for the girls, you want to be winning straight away.”

Australia have won four of the past five Women’s T20 World Cups and consistency has been the hallmark of a side Clarke said had rightly earned many plaudits.

He is impressed with the balance of a team that possesses several match-winners who can chip in when necessary.

“This is a great opportunity to get behind not only women’s sport but I think more importantly get behind what is as successful a sporting team as this country has ever had,” Clarke said. “Individually, there is so much skill and talent. I could think of five or six players where you’d say they’re unbelievable.”

Meanwhile, after the World Cup, Clarke will begin a new role on morning radio with the Big Sports Breakfast program and said there would be no drama getting up early for 5.30am starts.

“My little girl wakes me quite early,” Clarke said. “I’ve been up since she’s been alive somewhere between 1am and 4am every day. The fact I have the opportunity to talk about all sports, not just cricket, excited me and to work alongside Laurie Daley who is a great fella and someone I looked up to as a young sportsman.

“My knowledge in all sports isn’t great but my love for all sports is certainly there. This gives me a chance to learn.”

Tom Decent is a journalist with The Sydney Morning Herald