Movie News: We Saw Tenet; Boseman Tributes; Do We Have a Culture?

Posted on October 2, 2020 by Neev Enterprise Leave a comment 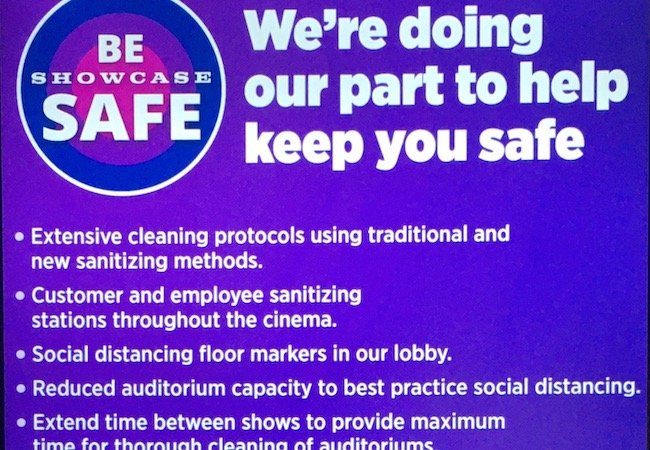 In today’s Movie News Rundown: I felt safe seeing Tenet in a theater, but I’m in the minority; Chadwick Boseman tributes from Michael B. Jordan and Reginald Hudlin; and do we have a culture, or just an economy?

14 People, Seated Far Apart: I went to an early public preview of Tenet last night in a very socially distanced theater. I would never recommend anyone else go to a theater — it depends on your state, and the theater. Tenet is spectacular, by the way. No spoilers.

‘I Wish We Had More Time’: Here is Michael B. Jordan’s tribute to Black Panther co-star Chadwick Boseman, in which he writes, “I’m dedicating the rest of my days to live the way you did. With grace, courage, and no regrets.”

‘If You Say Yes, There Will Be a Movie’: Reginald Hudlin, who directed Boseman in Marshall and wrote the Black Panther comic book before Boseman played him on film, wrote a fantastic piece for Variety: “If you want to have a conversation about the differences between Asian fighting styles, Afro Brazilian martial arts and the African arts that preceded capoeira, Chadwick is the guy to have that talk with. If you want to talk about the monarchy system and how to compensate for its flaws, Chadwick is that guy,” he writes, before explaining how he recruited Boseman for Marshall.

Do We Have a Culture?: The new Fantasia Fest documentary Texas Trip: A Carnival of Ghosts, follows Texas outsider artists in the tall shadows of abandoned drive-in theaters. There’s no obvious structure, but it’s beautifully shot, and made me think about why some art is outsider and some gains wide respect. Is it just money? And if so, are we part of a culture? Or just an economy?

Socially Irrelevant Zombies: The whole “zombie movie has social commentary” thing has been done to undeath, and the cheerfully tasteless Belgian film Yummy, which also appeared at Fantasia Fest, rejects the trend in favor of good cheap thrills. It’s also on Shudder.

Mark Mothersbaugh Is Okay: The Devo frontman and film and TV composer survived a hallucination-bent bout with COVID-19, and told the Los Angeles Times that video calls with his family helped him survive.

Arnold Schwarzenegger Father-Daughter Spy Series: The spy series from Skydance will be his first scripted TV show. This exclusive Deadline story reveals whether he’ll play the dad or the daughter. (Okay, okay: the dad.)

Tabloid News: The Hollywood Reporter says a former National Enquirer employee claims that he and his daughter originated American Tabloid, a TV series underway from American Psycho author Bret Easton Ellis and Trainspotting author Irving Welsh. The reporter, John Cooke, says he was developing the idea with Burning Wheel Productions, which is behind the series and says Cooke’s claims are “wholly inaccurate” and that American Tabloid is moving forward.

And now, yesterday’s Movie News Rundown. And if you’re thinking of seeing Tenet in a theater, or anything in a theater, I’d also revisit this as you make your decision.