Posted on November 16, 2020 by Neev Enterprise Leave a comment 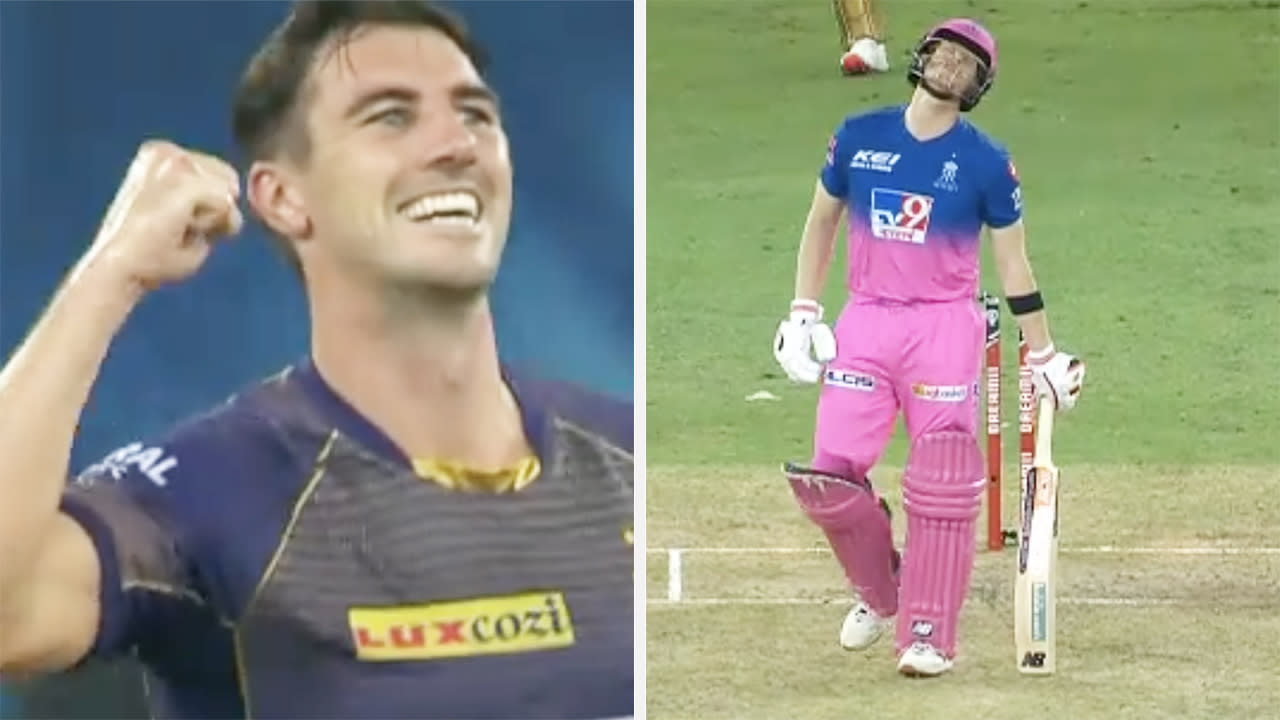 Rajasthan, already out of Top-4 finals contention, won the toss and chose to field at Dubai’s International Cricket Stadium.

That decision backfired when Kolkata smashed 7-191 with England white-ball specialist Eoin Morgan belting an undefeated 68 off 35 balls, including six sixes and five boundaries.

In reply, Rajasthan struggled to 9-131 off their 20 overs with Aussie speedster Cummins taking 4-34 – including the wicket of Australian Test teammate Steve Smith.

They are in dire straits.#KKRvRR #IPL2020

Ben Stokes and Steve Smith in the same over. Patrick Cummins, the most expensive player in the IPL proving his worth in the right time. Legendary spell. #KKRvRR

“I don’t think we could have done any more today,” Morgan said.

“Whatever happens from here on is in the hands of cricketing gods.”

Kolkata have 14 points from their 14 matches and improved their net run rate but the team’s fate depends on remaining games – Delhi Capitals versus Royal Challengers Bangalore on Monday, and Sunrisers Hyderabad against Mumbai on Tuesday.

At Sheikh Zayed Stadium in Abu Dhabi, Chennai Super Kings cruised to a nine-wicket win over Kings XI Punjab thanks to an unbeaten 62 from Ruturaj Gaikwad.

The defeat put an end to Punjab’s playoff hopes while Chennai were already out of contention.

Gaikwad hit six fours and one six in his 49-ball innings to be named man of the match, leading Chennai to 1-154 in response to Punjab’s 6-153 with seven balls to spare.

Faf du Plessis contributed 48 from 34 balls to the successful chase.

Put into bat, Punjab’s blushes were saved by Deepak Hooda who came in at No.6 and smashed 62 not out from 30 balls after the top half of the order gave up regular wickets.

Openers KL Rahul (29) and Mayank Agarwal (26) failed to get out of the twenties, falling to pacer Lungi Ngidi.

Ngidi was the pick of the Chennai bowlers finishing with 3-39.

“We had a lot of games in our pockets and we couldn’t get over the line and we only have ourselves to blame.”

Click here to sign up to our newsletter for all the latest and breaking stories from Australia and around the world.