Posted on November 13, 2020 by Neev Enterprise Leave a comment 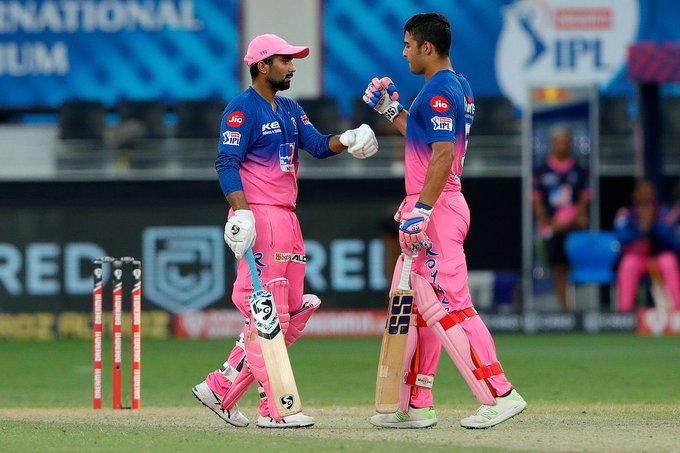 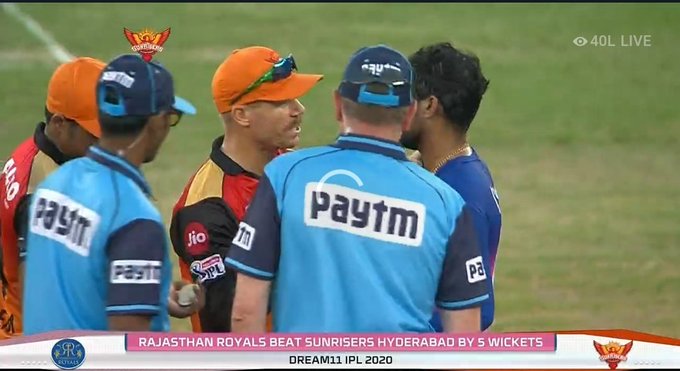 A turnaround for the ages!!

What a finish!! Tewatia and Parag fire RR to a come-from-behind thrilling victory. Parag hit the winning runs by clubbing Khaleel for a massive six over deep point. However, it was Tewatia who again turned out to be the man of the moment. Today, he didn’t just hoick across the line but even played the reverse-hit off Rashid Khan.

Celebrations galore from the pair! RR’s camp is chuffed.

Cricket is indeed a game of glorious uncertainties.

Man of the moment – Tewatia

Tewatia is the man of the moment. He scoops Natarajan for a six and also clubs the same bowler into the boundary hoardings via mid-off.

Just eight needed off six. One of the greatest turnarounds in the making.

Fingernails to be chewed

Tewatia is on the move again. And that too he reverse-hit Rashid Khan for a couple of boundaries!! What a thriller!! Warner would be thinking about the fluffed chance, which gave Parag the reprieve.

Warner would be chewing a few fingernails now. Parag smacked a couple of boundaries, including the scoop. While Tewatia tonked Sandeep in the same over for the maximum. Game on!

Four overs to go. RR need to up the ante as the run-rate has climbed to over 13. However, Parag just about keeps SRH in the game by tonking Khaleel for a six over midwicket. In fact, he was dropped in the same over.

The track is certainly gripping.

Rashid Khan then dismissed the key man Sanju Samson to leave RR in tatters. The leg-break which gripped off the surface and caught Samson’s edge. Brilliant bowling. RR in more trouble.

Samson pulled and cut to the boundary boards to lift the run-rate. Just when Uthappa and Samson seemed to be building a stand, the former was prised out lbw by Rashid. Trademark skidder from Rashid and Uthappa paid the price for playing around his front pad. Uthappa took the review but to no avail.

Oh, now a run out. Smith, the skipper, is back in the hut. Buttler wanted an extra run but there wasn’t one. Good throw from Shankar and Natarajan did the rest.

Khaleel then bowled the cutter to induce the edge and for Bairstow to pluck the catch. Three of RR’s big guns are back in the pavilion. RR in massive trouble.

RR made the bold move of sending Stokes to open the batting. However, it didn’t exactly work out as he inside-edged a pull off Khaleel onto the stumps. Huge wicket for SRH. Warner is chuffed to bits. As is Khaleel.

Kane Williamson targeted Archer in the 19th over to lift SRH to 158/4. He cracked an amazing one-handed six off Archer’s slower one and then played an audacious pull off a 93mph delivery to power his side close to the 160-run mark.

The SRH camp would be quite pleased with the score, as the track is on the slower side.

Manish Pandey reached a well-measured fifty. He cracked sumptuous lofts and also the occasional flick here and there. Just that at the nick of time, Unadkat sent Pandey back to the hut with a slower bouncer. The two-paced deck is assisting Unadkat.

Warner falls; Manish on a roll

Jofra Archer castled Warner with another of his quick deliveries. Warner made room, but Archer was up to the task as he followed him and targeted the stumps.

Huge wicket as Warner was set. Meanwhile, Pandey is on a roll. He has smacked a couple of sixes and one boundary. Tewatia could have picked up his wicket but Tyagi misjudged a chance at midwicket, and it trickled away to the boundary hoardings.

David Warner continues to impress for SRH. He clattered a drive over extra-cover and then smacked Tyagi through the same region for the maximum. Imperious batting. He has also pinched singles and twos. SRH have picked up the run-rate after a slow start on a tricky deck.

Meanwhile, Stokes bowled his first over of the competition, giving away seven runs.

Tyagi has the final say

Tyagi has his man. Bairstow tonked him for a six, but the youngster dismissed the wicketkeeper-batsman, the next ball. The promising paceman hit the bat hard on a shorter length and Bairstow could only lob one towards square leg, where Samson dashed across and plucked a stunner.

Tyagi is pumped. RR fielders are pumped. The dangerous Bairstow is out.

Jofra Archer has bowled a fiery spell so far. Fast and accurate. A few nasty bumpers too. The knees are pumping. He just makes fast bowling look easy.

Gopal too has started well. Smith would be happy with his bowlers. 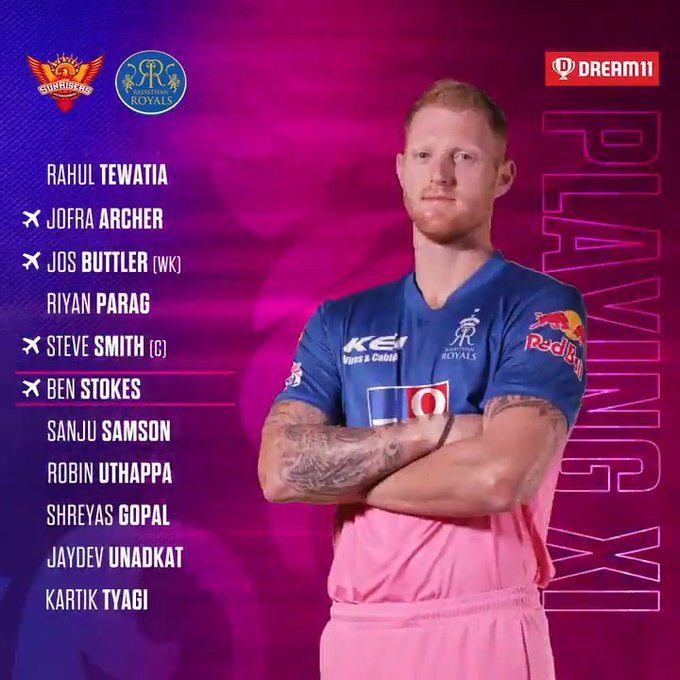 Yes! Ben Stokes has returned to RR’s set-up. And that would be a confidence-booster. RR have also picked Parag and Uthappa. SRH have gone for Vijay Shankar ahead of Samad.

Meanwhile, SRH have won the toss and opted to bat. The track could get slower. So it could be a good toss to win.

Steve Smith – We can hopefully rectify a few things today. We want to compete today. Looks like a used wicket, could slow down. We’ll have to take some early wickets – Look he trained well and he’s in today (Stokes). Two other changes as well. Stokes, Riyan Parag and Robin Uthappa are back. We’ll need to keep moving forward, we have a good team and we need to compete.

David Warner – We’ll bat first. It’s a nice wicket, we will need to make most of the powerplay overs, hopefully, things will go on nicely today. We have a lot of young legs in our team, the seniors take full responsibility. We are taking each game as it comes – Vijay Shankar in and Samad misses out

Good news! For people wondering, Ben Stokes is indeed warming up, will he be a part of Royals playng XI? We’ll get to know in a short while

Two successive wins. Four losses in a row. The IPL 2020 has been a tale of two halves for Rajasthan Royals so far. The franchise started on a bang by winning in Sharjah, but have struggled to maintain that momentum.

Barring Jofra Archer and to a lesser Rahul Tewatia, rest of the bowlers haven’t made an impact. After notching up substantial scores in Sharjah, the batsmen too have been below par. In that context, Ben Stokes’ much-anticipated return could boost the side.

“Stokes hasn’t had a lot of practice, he gets out of quarantine tomorrow, so we’ll see if he plays the day after tomorrow,” Smith had noted after RR slid to a loss against Delhi Capitals.

What about Sunrisers Hyderabad? Even though the Hyderabad franchise has struggled with a few injuries, they have been able to eke out hard-fought wins and find themselves at the fifth spot on the points table. Jonny Bairstow and David Warner have once again turned out to be the cornerstones of the batting unit, while Rashid Khan and T Natarajan have performed admirably with the ball.

On side note, Jofra Archer dismissed Warner in 4 of the 5 innings the pair came up against each other in the recent bilateral series.

Check out our preview as we dissect the two sides ahead of the encounter.